Thanks For The Memes 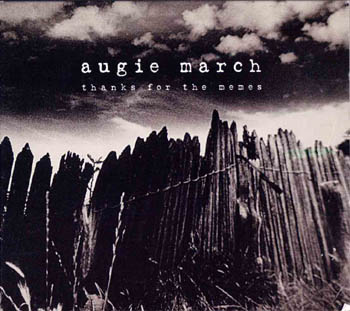 First official release from Augie March. Was rereleased in 2003 with an extra track "300 Nights" which originally appeared on the single "The Hole In Your Roof".

CD is in mint to near mint (M-NM) condition. Digipak cover has some minor wear.